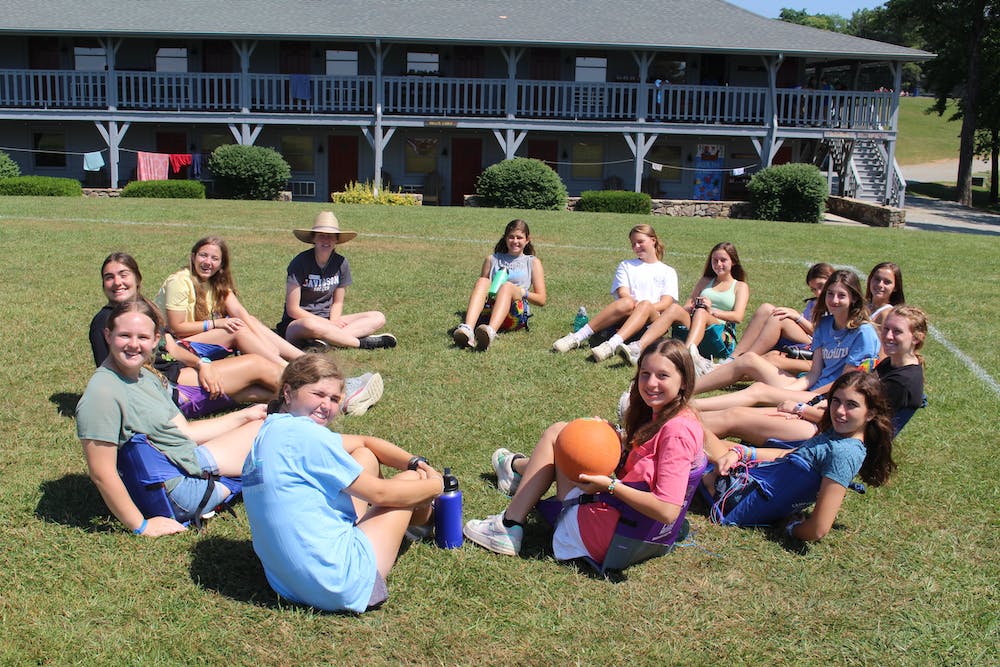 Cheerio, everyone! Today was our last full day of camp. The week went so fast! We started out the day with a campwide game of Predator-Prey, a game of point collecting and tagging! Following that, we had a cookout with burgers, chips, and lots of watermelon. We danced, sang, and cartwheeled down the hill until it was time for open acitvites, a period of two hours where campers could roam freely and do whatever activites they wished! Popular attractions were the craft shack, where campers could decorate a fairy garden along a nature trail, the climbing walls, where campers could test their limits by climbing with blindfolds, and the slip and slide down the steepest hill in camp!

We slowed down a bit as the evening approached, eating a nice meal together and hearing our senior counsolers sing. Then we headed down to the lake for closing ceremony. We reflected on the week and sent the campers off for the evening with a message about continuing to act with kindness, respect, and integrity, even after they leave camp. It’s been a fantastic week, and as hard as it is to see it come to an end, we know these campers will leave with precious memories!