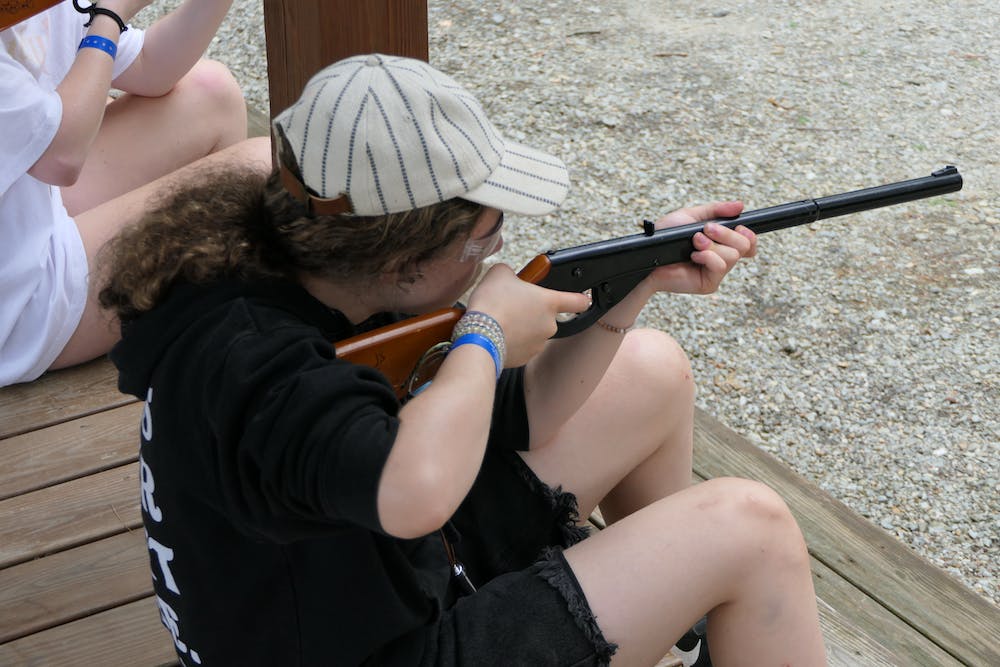 Today was our first full day of 4G! Campers enjoyed their first day of activites under a bright sunny sky! There was soccer, field hockey, dance, canoeing, BBs, and much more! We feasted on chicken sandwiches at lunch, and after that Comanche and Catawba were announced as the honor cabins for the day!

After a few more hours of activites and a special period of time for campers to bond with their cabins throughout various parts of camp, we had a dinner of delicious tacos and gathered together for a campwide game of Spy Hunter! Campers ran and hid about camp, toting clues to deliver or water guns to chase other teams with. At the end of the game, the red team won! It was a close game, and lots of fun was had by all.

It was a long day, but we’ll all get some rest and be ready to go again tomorrow!