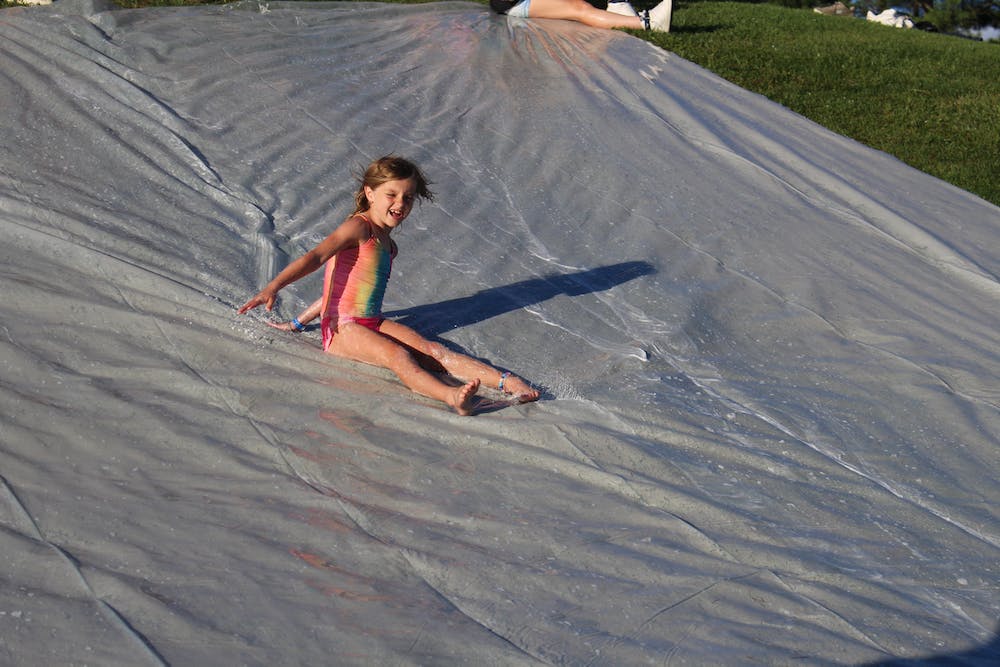 Good day from Camp Cheerio! We all woke up bright and early, eager to get our last full day of activities started, and what a day it was! After breakfast, campers got the most out of their last day of activites they’d signed up for, while those who were in a performance class such as cheer/tumble, chorus, and drama prepared to show the whole camp what they’d learned! We had an exciting cookout with burgers and lemonade for all to enjoy under the sunny sky for lunch, singing and dancing the whole time.

We explored, learned and played the rest of the day until dinner rolled around, after which the campers got a nice suprise – they’d have another hour of Twilight Activites, a free period where they could do whatever activity in camp they pleased! Special offerings during this period of time included a daring (but safe!) jump at high ropes dubbed the “Leap of Faith” and a huge slip and slide! We ended the night with special performances from all the arts activites, then watched a special ceremony prepared by the staff to close out the week.

It was a night of tears and laughs, and we know we’ll all be sad when the week comes to an end tomorrow, but nonetheless, there is no denying we’ve had a great couple of days together this first week of the camp summer!