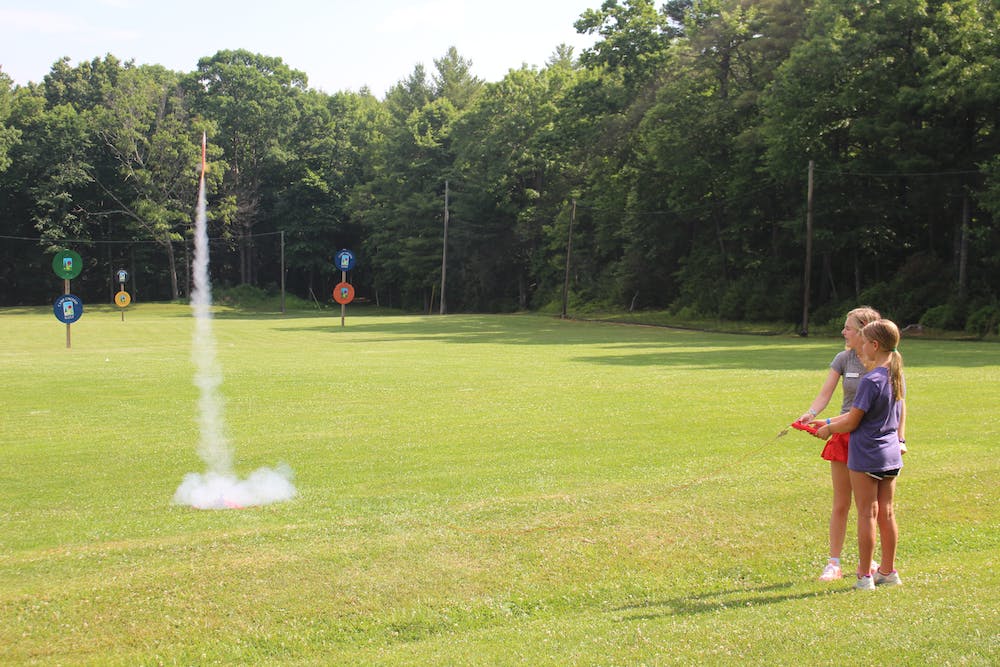 We had quite the eventful day at camp today! It’s been a hot week, but our campers didn’t slow down one bit! Lots of fun was had on the lake today, with campers learning to backflip off the rope swings, while more rockets were launched, soccer tournaments were played, and crafts were made on the deck of the craft shack! Lunch was a camp favorite – corn dogs and macaroni and cheese, and Choctaw and Seminole were announced as the honor cabins for the day.

Our evening program tonight was Thrive, a twist on capture the flag that had all of our campers giving their all to win points for their respective teams. In the end, the blue team was the winner! We ended the night with Friendship Vespers, a time when the oldest campers, who were a part of CREW, talk about what friendship means to them and how camp has impacted their lives. Tears and laughs were shared in the chapel, then we headed off to bed, ready to sleep in tomorrow after such an action-packed day!