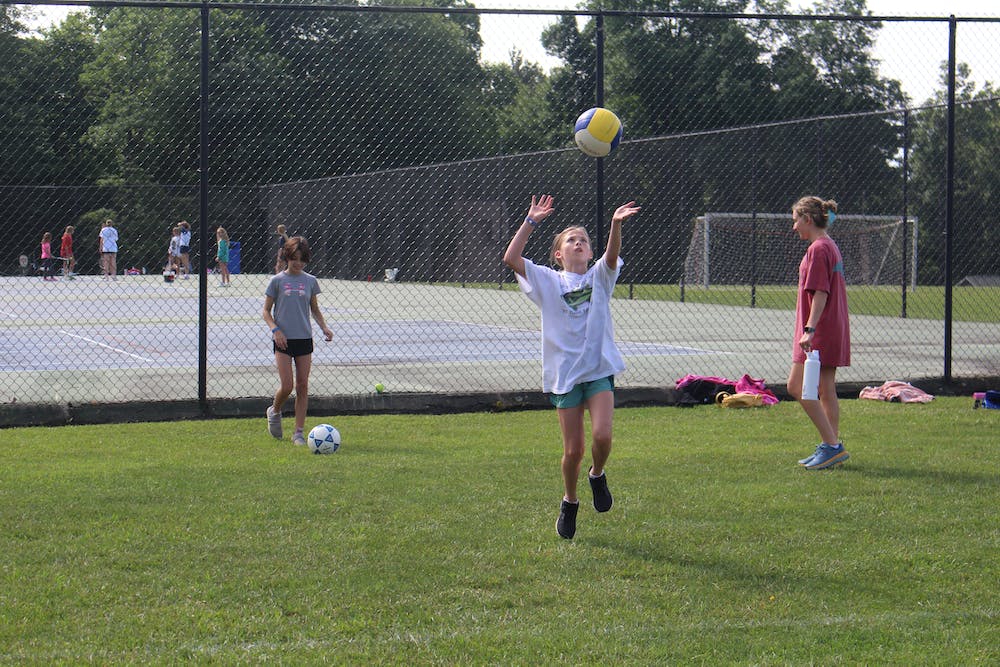 It was another great day at camp for all! We had a delicious pancake breakfast this morning before heading out to our activities for the day. Those who signed up for riding got to experience trail riding through the woods! Meanwhile, rocketry had their launch day, sending their homemmade rockets high into the sky! For lunch, campers chowed down on corndogs and macaroni and cheese, and after the meal concluded, Choctaw was announced as the honor cabin for today.

After activites concluded, the camp came together for a campwide game on the upper athletic field – Thrive! The game is a variation of capture the flag, where two teams, the red team and the blue team, compete to steal the most flags from the other side of the field and attempt to avoid getting tagged. Campers who don’t want to run took to the nearby woods to search for their team’s hidden watermelon to win extra points! Both watermelons were found during the game, but in the end, the blue team emerged victorious.

It was a long but fun day, and we’re all thoroughly tired out, but after a good amount of rest, there’s no doubt things will be in full swing tomorrow!