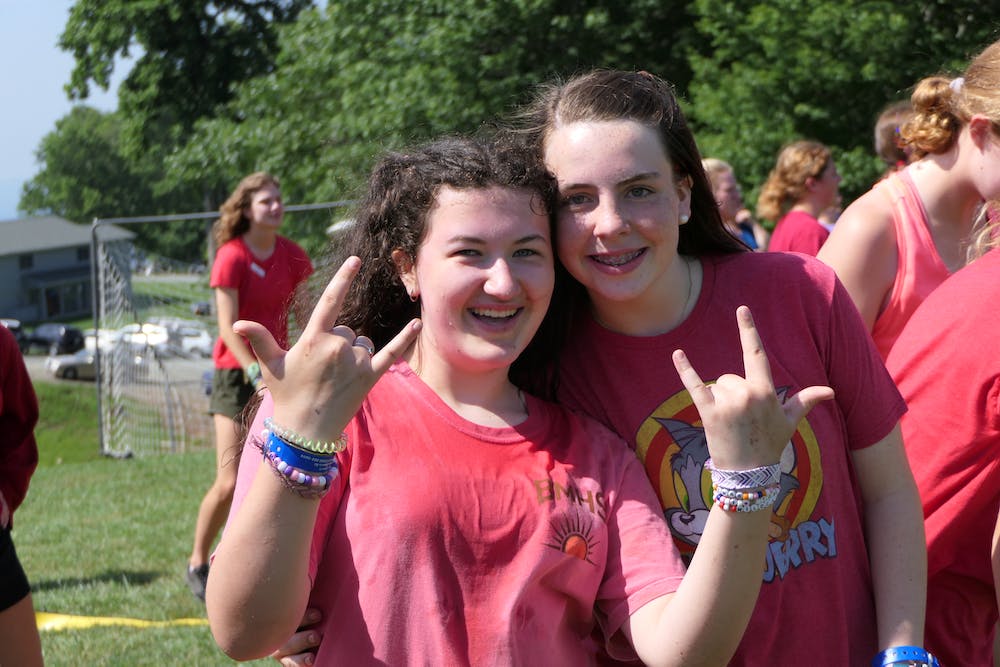 It’s hard to believe, but today was the last full day of 4G! Those two weeks flew by so fast! We started our morning with a bang by heading out to the field to play a camp favorite: Thrive! The game is a spin on capture the flag, where opposing blue and red teams compete to take the most flags from the opposing team’s side of the field, while protecting their “queens” from water balloon attacks! It was a close game, but red was the winner in the end.

Following some time with cabins, we had a cookout with burgers, chips, and lots of watermelon! Then, when evening came, all campers who took performance activities such as guitar, choir, dance, cheer/tumble, and drama got up in front of the entire camp and shared what they’d been working on this session. All the performances wowed us! The honor cabin for this session was Shoeshone –– Congrats to all those campers for keeping Cheerio so clean!

After performances concluded, we held our closing ceremony. Together, we reflected on these two weeks and spoke about the kind of people we want our campers to be, even when they leave camp. It’ll be so hard to say goodbye to these campers tomorrow, but we’re so glad to have had them!