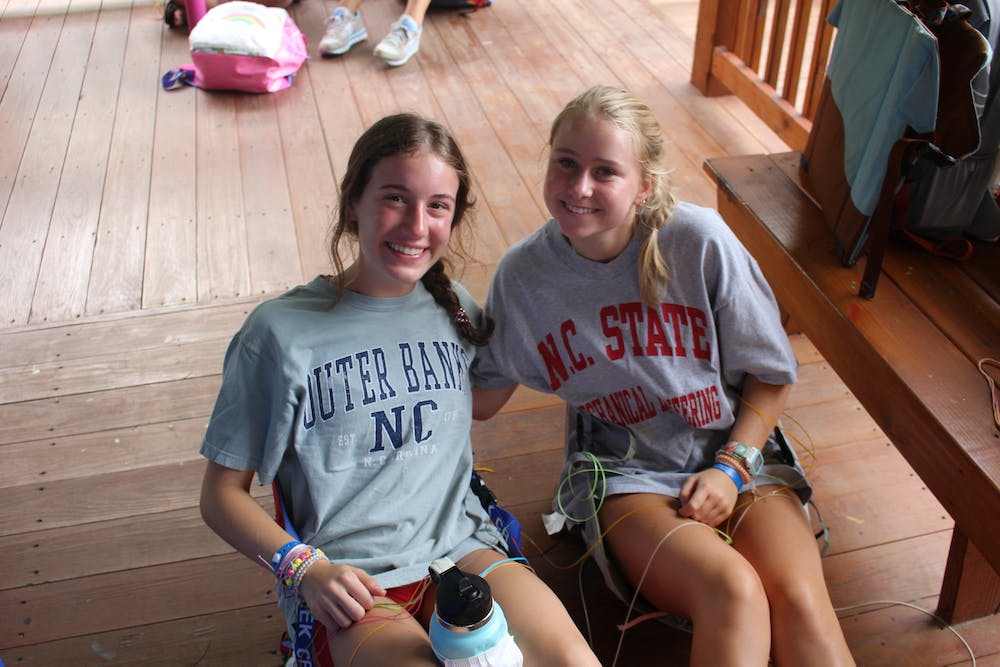 We had chicken tenders for lunch, and Comanche, Occaneechi, Blackfoot, Catawba and Seminole were announced as the honor cabins for the day. Then after that, campers headed back to their cabins to prepare skits to peform at the night’s evening program – campfire!

The skits were full of energy and hilarious to watch. We had a bit of rain come in toward the end of the event, but we simply ran for shelter and continued on with our performances. It was an exciting end to the day, and now we’re heading off to bed, our last year campers getting a good night sleep for the CREW hike tomorrow!