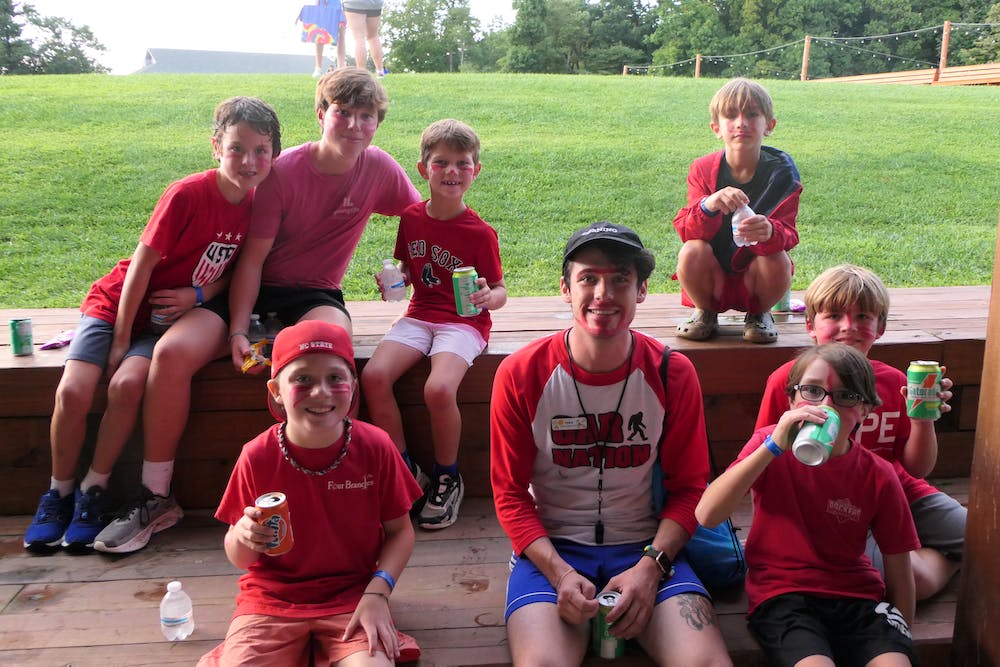 We had quite the eventful day at camp today! It’s been a rainy week, but our campers didn’t slow down one bit! Lots of fun was had on the lake today, with campers shooting down the lake slide and flipping off the rope swings, while more rockets were launched, soccer tournaments were held! Lunch was a camp favorite – corn dogs and macaroni and cheese, and Mohican won the coveted title of honor cabin today.

Our evening program tonight was Thrive, a twist on capture the flag that had our campers giving their all to win points for their respective teams by capturing flags. There were even buckets of gold for them to find in the woods! In the end, the red team was the winner! We ended the night with a special Vespers ceremony, in which our oldest campers, who were a part of CREW, talked about how camp has impacted their lives. It was our last normal day of activites of the summer, and it was a great one! We’re now headed off to bed, ready to sleep in tomorrow after such an action-packed day!